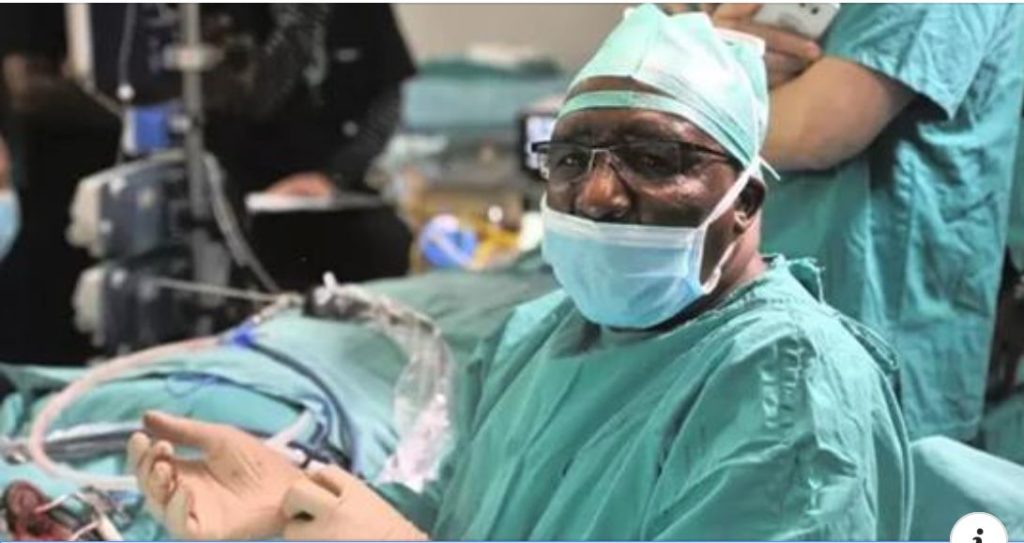 A team of South African doctors in the capital city Pretoria has been hailed as pioneers in the field of global medicine after performing the first-ever transplant of a patient’s middle ear.

The achievement–which used 3D-printed technology to reconstruct the broken bones of a middle ear–is being celebrated as a long-term solution to conductive hearing loss. What’s more, the surgery can be performed on people of any age, including newborn babies, curing patients of a form of deafness that is caused by physical damage or infection in the middle ear as well as congenital birth defects and metabolic diseases.

The first patient to undergo the procedure was a 35-year-old male who lost his hearing after a car accident devastated his middle ear. Due to the nature of his trauma, the operation lasted about an hour and a half, according to Legit.

The brains behind the medical team at the University of Pretoria’s Steve Biko Academic Hospital, Professor Mashudu Tshifularo, had been studying conductive hearing loss over the past decade, but in the past two years he began investigating the use of 3D printing technologies for the purpose of scanning and wholly recreating the smallest bones, or ossicles, of the middle ear–namely the hammer, anvil and stirrup.

In a celebratory press release issued by the South African Department of Health, Tshifularo is quoted as explaining:

“By replacing only the ossicles that aren’t functioning properly, the procedure carries significantly less risk than known prostheses and their associated surgical procedure.

We will use titanium for this procedure, which is biocompatible. We use an endoscope to do the replacement, so the transplant is expected to be quick, with minimal scarring.”

“This was one of our patients we have been waiting for, for this reconstruction for almost three years now because they are not affordable … [but] we have done something new in the world and people will remember us for that.”

While expressing pride that he was the first in the world to revolutionize the new approach to address hearing loss, Tshifulara remains steadfast that the treatment must eventually become accessible and affordable for poor and working-poor patients, such as those who use South Africa’s public hospitals.

“Because we are doing it in the country and we are going to manufacture here, it has to be affordable for our people in state hospitals.

It will be very accessible because as long as we can train the young doctors to be able to do this operation, then it will be accessible for them as well.”

For Tshifularo, “innovate or perish” sums up his approach to medical science–both in terms of education, research, invention and clinical procedures, and also in terms of devising new solutions to the array of problems faced by struggling communities.

He hopes that he and his team at the university’s Department of Otorhinolaryngology (Ear, Nose and Throat) will receive the necessary funding from the government and private sponsors to ensure that this innovative approach to hearing loss treatment can get off the ground.

South African Minister of Health Aaron Motsoaledi has already pledged that the Department of Health will “do everything in our power to assist and mobilize resources to make sure that Prof. Tshifularo gets all the help he needs for this far-reaching innovation.”