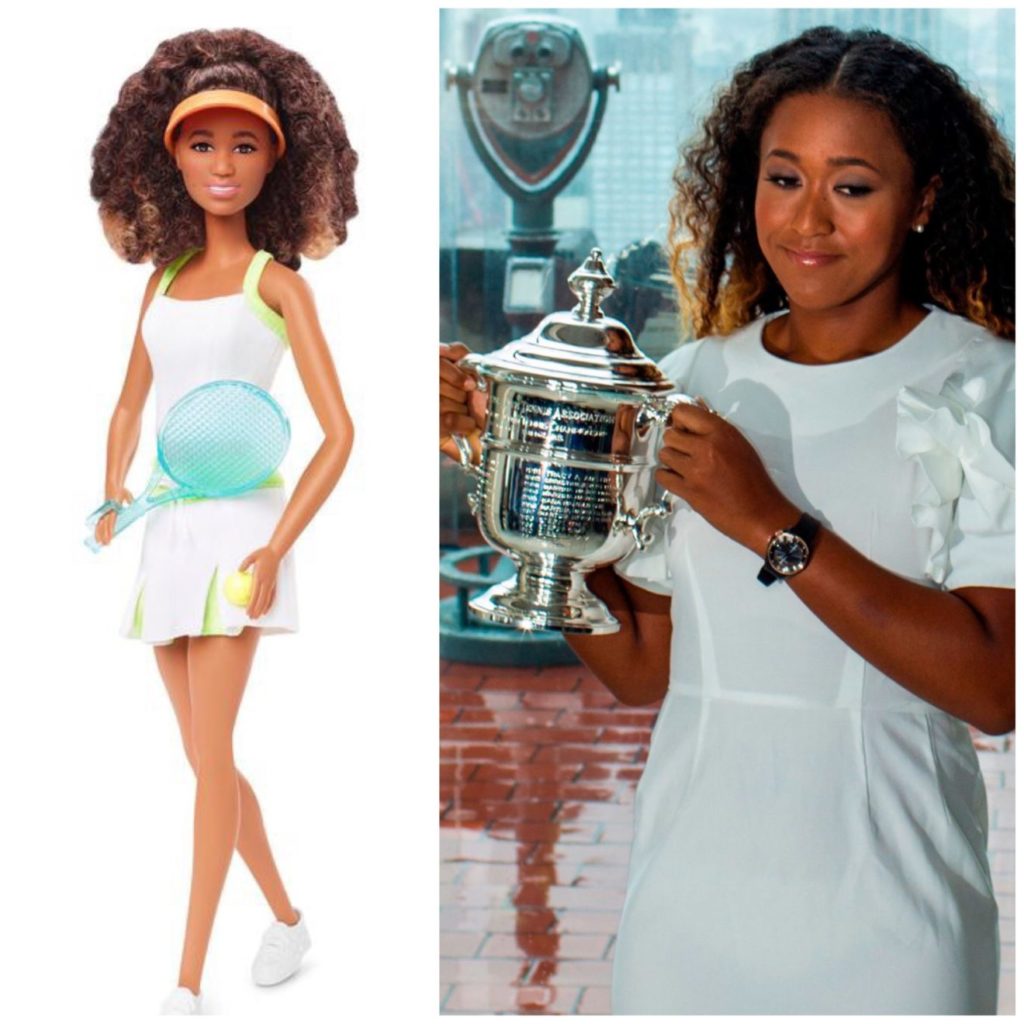 Haitian Japanese tennis star Naomi Osaka is adding to her very impressive list of accomplishments: first Haitian and Japanese player to win a Grand Slam and the first Haitian and first Asian to ever be world number one and now Osaka is being honored by Barbie.

The announcement that Osaka is to be celebrated with her own doll comes as Mattel marks the 60th birthday of the iconic brand, on Friday, March 8 which was International Women’s Day.

The star, who won her second straight Grand Slam title at the Australian Open in January, joins the list of inspiring women who are part of Barbie’s “Sheroes” series — a group that also includes gymnast Laurie Hernandez and Olympic fencer Ibtihaj Muhammad.

“Honored to be selected as a Barbie Role Model to help inspire the next generation of girls,” Osaka said in a Twitter post. She also told People magazine: “I’ve played with Barbie’s when I was a kid, and I think it’s a bit of a surreal experience to have the opportunity to have a Barbie that looks like me.”

According to Baseline, The 21-year-old is donating her Barbie partnership fee to the IOA center, an elementary school that her father helped build in Haiti.

“We are making it bigger, expanding it,” Osaka said. “They were considering putting tennis courts, too which would be really cool. I think that it’s really important because, especially in Haiti, there aren’t really that many schools.”