Yolanda Marshall
Are you the owner?

Yolanda T. Marshall is a Guyanese-born, mother of one based in Canada. As a cross-genre writer, Miss Marshall silently commands you to read and digest life’s cultural motions.

The oldest of three girls, she began writing poems at the age of 8 years old. A daughter of a talented Guitarist, her lyrics manifest into poetry, like a genetic code. Poems such as “Serenaded in New York,” “Delia Sings the Blues” and “Single Rose” flow on a mellow Jazz -like note.

The name of her first book, “Obayifo”, originates from the Ashanti tribe. It is the name given to an African Witch. The poem visits the works of Obeah, its people and fears. This poetry book was published in 2008, while Yolanda attended University of Toronto.

She was inspired to write her second book, a children’s book named “Keman’s First Carnival”, after becoming a mom. This 2016 publication is about a young, Black Canadian child’s first experience of Toronto’s annual Caribbean Carnival. The excited 8-year-old and his Mother enjoyed the rituals at the Caribbean celebration, such as picking a flag to wave, the Caribbean influenced foods, dancing, costumes, and music.

The Author’s third release, “Messages on Dried Leaves”, is a mild resurrection of the Author’s first poetry book, ‘Obayifo’. This book is a poetic collection of personal notes, texts, emails and voicemails sent to muses of the past.

“A Piece of Black Cake for Santa”, was published in 2017 and it is the Author’s second Children’s book. This book illustrates the holidays experience of Femi and her friends, who planned to leave a few traditional Caribbean treats out for Santa, including Black Cake. The Kids shared warm wishes for their favourite dishes, while enjoying winter activities at the Christmas fair.

Miss Marshall’s latest release is “Sweet Sorrel Stand”. In this children’s book, Rose and Nicolas loved their favourite Caribbean sorrel drink so much, the siblings decided to create a sorrel stand with the assistance of their parents. Their Sweet Sorrel Stand was a success in the neighbourhood. The main ingredient of the drink is the Roselle plant (Sorrel), a species of hibiscus which is native to West Africa. The red flower buds are boiled, strained, sweetened with sugar, with a touch of ginger, cinnamon, orange peel and cloves. Once cooled for a couple of hours or overnight, it is served with ice. It is known to be very rich in antioxidants. Traditionally, this drink is served during Christmas holidays. On a hot summer day, it is a refreshing alternative to lemonade.

The Author was a winner of the CIBWE award for Canada’s Top 100 Black women to watch in 2017.

A world traveler, a jazz lover and a devoted Mother, she embodies Art and takes her readers on adventurous, cultured journeys. 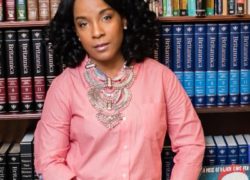