Rasta Pasta Restaurant
Are you the owner?

Come taste a yummy dish at Rasta Pasta. They are open at night from Tuesday to Sunday. You can get there not only by public transit but also by bicycle. They are found in a location filled with stores.

You might not think that Jamaican and Italian culinary styles would combine well, but at Rasta Pasta in Toronto’s trendy Kensington Market, they do. Magnus Patterson opened the take-out joint in 2012 with his long-time friend, Mary Neglie, out of their mutual love for cooking, and you could say the results have been stunning.

“We’ve been cooking all our lives. We used to go to barbecues and do our cooking and all that, so we figured why not make some money at it?” says Magnus.

It originally started out in the food court on Augusta, but quickly became so popular, they had to move it to a larger location on Kensington Avenue. “We didn’t know how it would be once we moved from the smaller place to here, but it turned out to be very busy,” says Magnus. “From 11 on, it’s busy. From 4:30, it’s a dinner rush to 7 or 8. In the morning, there are lineups at the door before we open.” 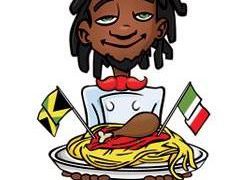 Thanks for every other informative site. The place else may just I get that kind of information written in such an ideal means? I have a venture that I’m just now operating on, and I have been on the look out for such information. slot gacor

This content is written very well. Your use of formatting when making your points makes your observations very clear and easy to understand. Thank you. 최고의바카라사이트

I must show some appreciation to you for bailing me out of this particular dilemma. As a result of looking throughout the internet and getting techniques that were not beneficial, I thought my entire life was gone. Living without the answers to the difficulties you’ve fixed as a result of your entire post is a serious case, as well as those that would have badly damaged my career if I hadn’t noticed your web blog. Your main mastery and kindness in maneuvering the whole lot was very helpful. I am not sure what I would have done if I hadn’t encountered such a stuff like this. I can at this moment look ahead to my future. Thanks a lot very much for your skilled and result oriented guide. I will not be reluctant to suggest your blog to any person who would like recommendations on this subject. aswinbet168

breakfast bars are nice addition to the kitchen, i would really love to install them at my own home:: 강남아이스삽니다

you have a terrific blog here! would you like to make some invite posts on my blog? 토토사이트 추천

When I originally commented I clicked the -Notify me when new surveys are added- checkbox and already when a comment is added I get four emails with the exact same comment. Will there be in any manner you can remove me from that service? Thanks! joker 4d

Thank you for your very good information and respond to you. used car san jose visit the website