She was also recently named among the “Top 100 Canadian Black Women to Watch” and earned the 2015 Role Model and Achiever title at the Black Canadian Awards.

Her resent comedic acting credits include playing the voice of Ms. Bunty on the Nickelodeon animated series ‘Max & Ruby’ and repeat appearances on the Ity and Fancy Cat Show. 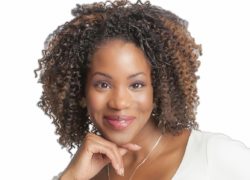