Louis Robinson – Ashbourne Robinson Law Office
Are you the owner?

Louis Robinson was born in Kingston, Jamaica. He graduated from Osgoode Hall Law School in 1990 and was called to the Ontario Bar in 1992. Before entering law school, he attended Ryerson Polytechnical School, which has since changed its name to Ryerson University, where he obtained his Bachelor of Science.

After being called to the bar, Mr. Robinson and his classmate started a firm called “Robinson Hinkson.” After six years the partnership ended at which time Mr. Robinson became a sole proprietor and founded Ashbourne Robinson in 1998.

Mr. Robinson has remained in good standing of the Law Society of Upper Canada and is a member of the Peel Law Association, Durham Law Association and York Region Law Association. Outside of the office, he serves as President of the Jamaica College Old Boys Association of Canada.

We have worked very hard to develop a work environment that fosters professional and mutual respect among the lawyers and staff of the firm, thereby providing an opportunity for each individual to realize his or her professional potential to the fullest of his or her ability. 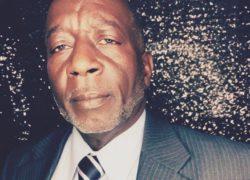