2016 Juno Award winner! Kafinal; a single word which resonates as a synonym for the once popular Caribbean “pain killer”. whether based on his comedic timing or a prophetic wish, the choice of the name Kafinal is now a self-contained mantra…This artist eases pain!

Born in Spanish Town, St Catherine Jamaica, Jeffery “Kafinal” Williams is an established entertainer and vocalist with diverse talents and an affable persona. Currently based in Toronto, Kafinal credits his sometimes difficult upbringing as the source for his strong work ethic, determination and engaging lyrics. As the second of five children he remembers clearly how hard his mother worked to sustain the family. He has admittedly also learned a lot from observing her strong will and continually pays homage to her through his art.

Like many great musicians who preceded him he too started singing in school and church. He would have his first public appearances on small competition stages across Jamaica. In 2001 while still living in Jamaica he achieved significant success with songs “Cooking dat Pwile” and “Drive By”, both well-received across the island and garnering multiple bookings alongside his then musical partner Sambo. The over-whelming crowd responses confirmed for Kafinal that he was meant to be a performer.

His relocation to Canada would surely challenge his resolve. Doing what can only be best described as “starting over” Kafinal would embark on a new route in the arts. He was led to the Caribbean live show and performance circuits. Within these chandelier-laden halls he would find consistent audience appreciation and have success as an actor and comedian, becoming once again the one-word household name-Kafinal. His first artistic love remained music which he describes as “soul-filling and mood-changing”. He loves and appreciates multiple genres of music and credits artists like Michael Jackson, Beres Hammond, Whitney Houston and Bob Marley as influences and models for his taste and choices in music. His career path has shown the Michael Jackson influence most pointedly, as seen through his sound, style and showmanship which has endeared him to audiences in Canada and globally.

Winning the Juno award, which is Canada’s highest musical honour alongside Jamaica’s pioneer of toasting Daddy U-Roy is an honour Kafinal describes as “a crowning moment in my career to date”. He has deliberately viewed this honour as just the beginning of more hard work. In the weeks leading up to the awards he was busy working to complete his project “Crying Out For Love”; a now chart-topping collaboration with veteran reggae crooner Ken Boothe and the original king of Jamaica’s dancehall genre Yellowman. This project heralds the path Kafinal, the affable pain-killer is on. He is determined to give the music industry, music of “value” with messages that are needed in today’s music. 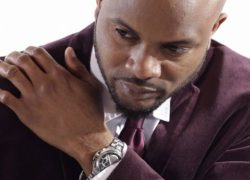 We had the pleasure of watching Kafinal perform at the Manning’s Dinner Dance and he was superb. I would love to see him again.