Julian N. Falconer – Falconers LLP
Are you the owner?

Julian has acted as counsel for numerous community service organizations including Aboriginal Legal Services of Toronto, the Association in Defence of the Wrongly Convicted and the Urban Alliance on Race Relations. Julian’s more prominent individual clients have included Maher Arar, who made Canadian legal history in receiving the largest human rights settlement allotted to an individual plaintiff; the family of Ashley Smith, the 19 year who died in custody at Grand Valley Federal Penitentiary; and Adam Nobody and the “Free Press Four” in relation to their unlawful beatings and arrests during the G20 summit in Toronto.

Julian currently acts as Independent Counsel to the Chair of the AG’s Iacobucci Report Implementation Committee and the Falconers team is also providing the legal support to NAN in its ground breaking volunteer jury initiative in northern remote communities (“Operation Invite”), an initiative aimed at redressing the exclusion of Aboriginal communities from jury rolls in Ontario. Falconers LLP also represents the Drennans and other families in their constitutional test case challenging the unbridled proliferation of wind turbines across the province.

Julian is a Bencher of the Law Society of Upper Canada and in that capacity serves as Co-Chair of the Equity and Aboriginal Issues Committee and Vice-Chair of the Task Force addressing Challenges Faced by Racialized Licensees. In addition to extensive writings on issues of race and civil liberties, he has also co-authored a book on Coroners Inquests in Ontario. 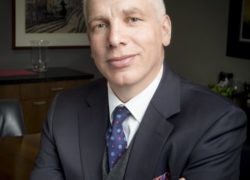