Jamaican Canadian Association (Totonto)
Are you the owner?

The Jamaican-Canadian Association was founded in 1962 by a group of Jamaicans then living in Toronto. The impetus for the creation of the association was the emergence of Jamaica from colonial status to becoming an independent nation in August, 1962. Jamaicans in Toronto formed a committee comprised of the following: Roy G. Williams, Bromley Armstrong, E. S. Ricketts, Miss Phyllis Whyte, Mrs. Catherine Williams, George King, Leyton Ellis and Kenneth Simpson to plan and execute a celebration of the momentous occasion. This committee enabled the disparate group of university students, nurses, domestic workers and scattered others (representing the demographics at that time) to come together as a unit to participate in a collective public activity as Jamaicans in Toronto for the very first.

The celebration of Jamaica’s Independence took the form of a Dinner Dance which was held at the King Edward Sheraton Hotel on King Street East in Toronto on August 6, 1962. It was a grand occasion. Jamaicans came out in their finest attire. Representatives from each level of government attended and brought greetings and congratulatory messages. A sumptuous meal was served and enjoyed by all. Toasts were proposed to each level of government with appropriate responses. The high point of the night came when the new black, gold and green Jamaican flag was unfurled for the first time as the assembled group haltingly sang the national anthem, also for the first time. After that they danced the night away. A good time was had by all as the assembled group on that occasion truly embraced the national motto “Out of Many One People.”

Jamaicans were exhilarated by this event. They felt proud and patriotic. They had made many new social contacts. They had come together as an entity bound by patriotism and a shared heritage. They had bonded. There was a strong sentiment that this new-found euphoria should not be allowed to dissipate. There was a strong desire to create a permanent entity to institutionalize and replicate the experience into the future.

The JCA is Born
A six-person Constitution Committee chaired by Bromley Armstrong and consisting of the following: Miss Mavis Magnus, George King, Miss Amy Nelson, Mrs. Violet Carter and Roy Williams were commissioned to draft a constitution to be presented at a proposed Organizational Meeting. After much intensive work and debates the Draft Constitution (Appendix) was hammered out and ready by the middle of September, 1962.

Notice of the Organizational Meeting was widely circulated among the participants in the Independence Day Celebration and others. On September 23, 1962 the Organizational Meeting, chaired by Roy G. Williams, convened at the YMCA, 40 College (now the site of the Metropolitan Toronto Police Headquarters). A large number of Jamaicans and Canadians attended. By a motion they unanimously approved the Draft which now became the first constitution of the JCA. They then proceeded to elect the First Executive Committee consisting of the following: Roy G. Williams, Bromley Armstrong, George King, Ira Dundas, Miss Mavis Magnus, J. B. Campbell, Owen Tennyson, Phyllis Whyte, Mrs. Violet Carter and E. S. Ricketts. The Jamaican-Canadian Association was now formed with a Constitution, an Executive Committee and a body of members who had signed on or was in the process of doing so.

The JCA was off and running. It started out as a patriotic and social organization but very soon of necessity it added an advocacy role and then later, again due to necessity, it added social and community services in order to address the varied needs of a rapidly expanding diverse population (comprised of Jamaican, Caribbean, African and other nationalities). The association has had to adapt over the years to the changing needs of its various communities. It has grown in size, presence and influence. It has struggled to acquire a permanent home base over the years as it acquired premises at 65 Dawes Road (lost by fire), and 1621 Dupont Street (subsequently sold). Now it proudly occupies and provides services from its Cultural Center at 995 Arrow Road in Toronto. 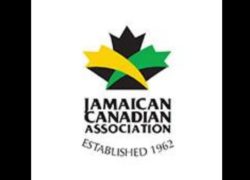