Jalani Morgan Photography
Are you the owner?

Hailing from south Scarborough and working at the intersection of art, industry, and community, Jalani Morgan has made a name for himself as a photographer committed to picturing the social and cultural landscape of Toronto as it changes. While his subjects range from individuals to mass public assemblies in city streets, his compositions consistently frame and foreground multifaceted sites of Black knowledge production across the Greater Toronto Area. Whether this is articulated through the artist’s formal investigations into the politics of tonal representation—as his black-and-white series of prominent Black Torontonians demonstrates—or portrayed through the spaces in which Black cultural tradition is transmitted, such as in the mas’ camps of Caribana, Morgan’s ever increasing archive of Black Toronto performs as a rich collection of monuments-in-the-making.

Importantly, Morgan portrays these sites of Black knowledge production as intersectional spaces. By documenting events such as the Black Canadian Studies Association Conference and the Racialized Indigenous Student Experience Summit, or Black Lives Matter TO rallies and protests, Morgan invites viewers to participate in the cultural milieu his photographs frame and the discourses they seek to share across social, civic, and cultural borderlines. Morgan’s own embedded perspective, standing alongside the protagonists, allows him to capture some of these events’ most intimate moments, ensuring that the knowledge pictured, produced, protected, and passed down exists in tandem with the heterogeneity that defines Toronto as a 21st-century city.

Black Lives Matter TO, whose partisans feature prominently in Morgan’s images, is committed to “actively dismantle all forms of anti-Black racism, liberate Blackness, support Black healing, affirm Black existence, and create freedom to love and self-determine.” The symbolic siting of Morgan’s work at Metro Hall allows viewers to consider the status of the organization’s demands against a political backdrop, and how difference and negotiation will act as mobilizing factors in creating new kinds of solidarities for this city’s future.

Valuing Toronto’s people and places, Morgan’s work asks Torontonians of diverse backgrounds to reflect upon and participate in this city’s culture as it is constituted by its equally diverse Black communities. This public installation is Morgan’s first solo presentation. — (Emelie Chhangur, 2017)

Presented in partnership with the Art Gallery of York University

Supported by the City of Toronto 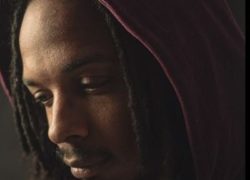