House of Cool
Are you the owner?

House of Cool is one of the animation industry’s leading boutique studios for pre-production. Founded in 2004 by animation veteran Ricardo Curtis and finance expert Wesley Lui, our studio specializes in both feature film and television pre-production. We have over a decade of experience developing strategic partnerships with high-end production studios across Canada and internationally. Together with our clients, we work to design stories and craft the look and feel of feature films and television series.

House of Cool’s pre-production expertise, vision, and artistry have helped to shape The Peanuts Movie, The Book of Life, Rio, Rio 2, Ice Age: Dawn of the Dino­saurs, Ice Age: Continental Drift, Ice Age: Collision Course, Despicable Me, Hugo, Angry Birds, and series Dragons: Race to the Edge and Trollhunters on Netflix. To date, our clients’ projects have grossed over $5.6 billion worldwide at the box office.

In 2008, House of Cool acquired Red Rover, a high-end CG/3D animation studio. In 2014, House of Cool developed Massively, a Chatbot technology company deploying on major social and conversational platforms with a reach of over a billion user engagements. 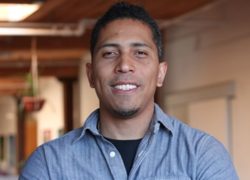