Dr. Patrice Harris
Are you the owner?

Patrice A. Harris, MD, MA, FAPA, a psychiatrist from Atlanta, has diverse experience as a private practicing physician, public health administrator, patient advocate and medical society lobbyist. She was elected to the American Medical Association Board of Trustees (BOT) in June 2011 and was voted in as Secretary (2014-2015) and Chair (2016-2017); she is currently immediate past chair of the board.

Active in organized medicine her entire career, Dr. Harris has served on the board of the American Psychiatric Association (APA) and was an APA delegate to the AMA. She has also been a member of the governing council of the AMA Women Physicians Congress, testified before and served on AMA reference committees, and has served on AMA work groups on health information technology, SGR and private contracting. The AMA BOT appointed her to the AMA Council on Legislation in 2003, and she was elected by the council in 2010 to serve as its chair.

3-About-Podium.jpg
Governing themes in Dr. Harris’ professional life are a passion to improve the lives of children and service to others. Starting with medical school at West Virginia University, followed by a psychiatry residency and child psychiatry and forensics fellowships at Emory, and then as the Barton senior policy fellow at the Emory University School of Law, she has worked for children both clinically and in the advocacy arena. At Emory she addressed public policy for abused and neglected children before the Georgia legislature and in public education programs. Dr. Harris has also given invited lectures and presentations on the opioid epidemic, mental health, childhood trauma, integration of health services, health equity, and the intersection of athletics and health. She has appeared on numerous media outlets–CNN, Wall Street Journal, Huffington Post, New York Times, Frontline Medical News, MSNBC, NBC, NPR–discussing topics such as the opioid epidemic, prescription drug availability and cost, scope of practice, access to care, mental health parity, obesity, and gun violence.

Currently, Dr. Harris continues in private practice and consults with both public and private organizations on health service delivery and emerging trends in practice and health policy. She is an adjunct professor in the Emory Department of Psychiatry and Behavioral Sciences. An avid sports fan, she spends her spare time cheering on her Atlanta Falcons and West Virginia University Mountaineers. 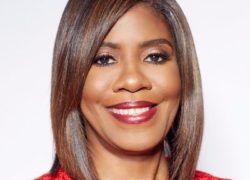