Dr. Monnica Williams
Are you the owner?

Monnica Williams, Ph.D. is a board-certified, licensed clinical psychologist, specializing in cognitive-behavioral therapies. She is an Associate Professor in the Department of Psychological Sciences at the University of Connecticut, and Director of the Laboratory for Culture and Mental Health Disparities. She is also the Clinical Director of the Behavioral Wellness Clinic, LLC in Mansfield, Connecticut, and she has founded clinics in Kentucky, Virginia, and Pennsylvania.

Education
Dr. Williams completed her undergraduate studies at MIT (biotechnology) and UCLA (psychology). She received her Master’s and Doctoral Degrees in clinical psychology from the University of Virginia, where she conducted research in the areas of mental illness, tests and measurement, and ethnic differences. She completed her clinical internship at McGill University Health Centre, Montreal General Hospital Site, where she completed rotations in mood disorders, sexual disorders, and emergency psychiatric medicine. Prior to her move to Connecticut, Dr. Williams was an Assistant Professor at the University of Pennsylvania School of Medicine in the Department of Psychiatry for four years, where she worked with Dr. Edna Foa, an international authority on OCD and PTSD. She was also Director of the Center for Mental Health Disparities at the University of Louisville.

Popular Press
Dr. Williams sometimes contributes as a media expert. On television she has appeared on PBS, CTV, numerous newscasts, and talk shows. She has appeared on several radio shows, including NPR, and had been featured in newspaper and magazine articles, including The Washington Post, The New York Times, Fortune, and The Huffington Post. She has written for the New York Times, and Slate, and maintains a blog on Psychology Today called Culturally Speaking.

Read more about Dr. Williams in the media »

More about Dr. Williams’ academic work at University of Connecticut »

Scientific Research
Dr. Williams has conducted clinical research on psychological and pharmacological treatments of OCD, PTSD, and anxiety disorders. Her research interests also include the role of culture and race on mental illness. She is an authority on obsessive-compulsive disorder, including sexual orientation-themed OCD (called SO-OCD or HOCD). She has published over 100 peer-reviewed articles, book chapters, and scientific reports, with a focus on anxiety-related conditions and cultural differences, including articles about therapeutic best practices. These have appeared in scientific journals including Journal of Anxiety Disorders, Behavior Research and Therapy, Clinical Case Studies, Depression and Anxiety, and JAMA Psychiatry. She is an associate editor of The Behavior Therapist and New Ideas in Psychology, and she is on the editorial board of the Journal of Obsessive-Compulsive and Related Disorders and Cognitive Behaviour Therapy. Her work has been funded by local and federal competitive grants, including the National Institutes of Health and the American Psychological Foundation.

Clinical Work
Dr. Williams administers expert psychological treatment for several mental health conditions, including a specialized treatment for OCD, called Exposure and Ritual Prevention (EX/RP). EX/RP is a very effective type of cognitive-behavioral therapy that reduces unwanted obsessions through a process of changing thoughts and behaviors. Most people start to see improvements during the first month of treatment. For those coming from a distance, intensive treatment is an option. Dr. Williams also offers comprehensive evaluations for psychological disorders, treatment for health anxiety, phobias, trauma, and body dysmorphic disorder. She is a leading expert in race-based stress and trauma. She also provides therapy for people seeking to improve the quality of their relationships using Functional Analytic Psychotherapy (FAP). Contact Dr. Williams to schedule an in-person evaluation or phone consultation.

More about clinical offerings at the Behavioral Wellness Clinic »

Professional Memberships
Dr. Williams has served on the board of directors of several organizations, including the National Alliance on Mental Illness (NAMI) — Main Line chapter, NAMI Louisville, the OC Foundation of California, and the Delaware Valley Association of Black Psychologists. She was the Diversity Delegate to the APA State Leadership Conference for the Kentucky Psychological Association two years in a row. She is currently a member of the International OCD Foundation (Scientific Advisory Board, Diversity Council), Association of Behavioral and Cognitive Therapies (Special Interest Group Leader), Anxiety & Depression Association of America (ADAA), and the American Psychological Association (APA). 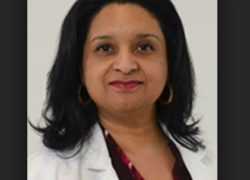