Dr. Hanscy Seide
Are you the owner?

Dr. Hanscy Seide is a native of Haiti. He attended undergraduate studies at the College Saint Jean in Haiti where he received his Bachelors of Science Degree in Biology. Dr. Seide subsequently studied medicine at the Universidad Del Noreste in Tampico, Mexico where he received his Medical Degree.

Dr. Seide has been licensed to practice medicine in the state of Florida since 1999 and joined the practice in 2004. He is Board Certified in Internal Medicine and Cardiovascular Disease and is also a Fellow of the American College of Cardiology. He is also board certified in Clinical Cardiac Electrophysiology. 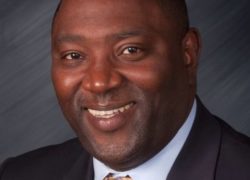