Betty’s Law Office.
Are you the owner?

The clients who come to Betty’s Law Office are those seeking good legal representation from a firm that offers a diverse roster of legal professionals. Clients can take meetings with the firm’s lawyers in English, Spanish, Mandarin, and Cantonese and often see their own cultural backgrounds reflected back at them. The firm provides services in immigration, real estate, criminal, family law, and civil litigation. Betty has long held the view that there is a niche within the ethnic marketplace of individuals who require proper legal servicing but weren’t getting it — and that it would be a growing and developing market.

He has been recognized for work he has done in high-profile cases such as that of Shaquan Cadougan, a four-year-old boy who was shot in the summer of 2005 in a community housing area of Toronto’s troubled Jane-Finch community. Betty is part of the team representing the family who has filed a $4-million lawsuit against the Toronto Community Housing Corporation. The suit accuses the TCHC of gross negligence because it slashed its security budget by $4 million the year before the shooting and reduced the security staff from 200 to 80, allowing the drive-by shooting to occur.

In 2007, when 15-year-old Jordan Manners was shot inside C.W. Jefferys Collegiate, it pulled Betty into representing not only the family, but also the community. “It pushed me to look at what was going on. The Jordan Manners case made me realize there was a lot of injustice going on in these communities and I decided to take on the battle in a small way. I truly believe that in a society such as Toronto the cultural aspects of client needs have to be understood.”

Betty says for him, both of those cases weren’t just about the legalities of the issues — they were about what happens to individuals living in particular communities based on decisions society has made. “In many ways, to achieve the kind of change I felt was critical, it was really important we get the public’s support — there’s the legal side but there’s what else is going on in the public too,” he says.

Bringing a legal voice and attention to under-served communities is something Betty has been trying to do in his firm. “There are so many cultural elements I really have to try and understand. Understanding and applying that cultural sensitivity would be a great opportunity for many firms,” he says.

What he sees as a lack of multicultural representation in Canada’s large legal firms frustrates him, but he is careful to point out that it is not discrimination but economics driving the lack of minority hiring in large firms. Hiring a diverse workforce in the big firms won’t happen because it’s the right thing to do, he says, but because there is some kind of financial incentive. “I would not say it is racism, I would say the economic factors play a great role in driving the decision-making process around hiring,” he says. “On Bay Street I think maybe part of the approach is who their clients are and trying to reflect that in their hiring.” 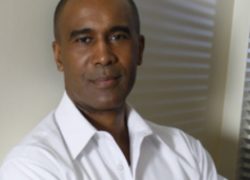