Apostolic Pentecostal Church
Are you the owner?

Our Past, Present and Future

The Apostolic Pentecostal Church of Pickering (APC) was founded and is currently under the leadership of Reverend Audley Castro.

From its embryonic stage, it was clear that APC was destined for exponential growth. Beginning as a weekly Bible Study held in the Castro’s home, the initial crowds quickly doubled in just two short months and by December 1993, the YMCA became our new meeting place.

On March 3, 1995, the Apostolic Pentecostal Church of Pickering was granted membership in the United Pentecostal Church International (UPCI). The Lord continued to answer prayers with the addition of many qualified staff and assistants, adding to the church ‘such as should be saved’. As membership continued to increase, APC introduced a Sunday evening service while the midweek Bible Studies continued. By August 1995, our congregation had significantly increased and suite 21 of 1755 Plummer Street became the new home of APC. Over the next three years, phenomenal growth continued which necessitated a further move to suites 8 and 9 on the other side of the property. In June 2001, through the hard work and sacrifice of its members, APC was blessed with its very own community church building, our present-day worship facility in the West Shore area of Pickering.

Since our inception, we have consistently worked hard to enhance the growth of the church and serve our surrounding communities through programs such as neighbourhood evangelism, individual and group Bible studies, collecting and distributing food supplies to families in need, and visitations to hospitals, seniors’ residences and prisons.

As the Lord continues to bless us, we are eagerly anticipating the expansion of our ministry at the site of our future worship facility currently being developed at 1920 Notion Road. This new site will include facilities to provide professional counseling and other community services including youth recreation, housing for seniors and the disabled, and educational facilities for our day school and Bible College.

The members of APC’s staff and volunteers are a people of vision and initiative. With the Lord directing us, we are prepared and ready to advance the cause of Christ and to serve our community in excellence.

APC is committed to increasing our presence in our community and to be a voice in the Durham Region and Greater Toronto Area.

The Apostolic Pentecostal Church of Pickering was birthed through the vision and calling of its pioneering pastor, Reverend Audley Castro. Pastor Castro emigrated from Jamaica, West Indies to Canada in 1986 with the goal of pursuing Theological Studies at the Apostolic Missionary Institute (AMI) in Oshawa, Ontario.

During his years of study, he served as assistant to several pastors and churches, and through his hard work and diligence, he later graduated as valedictorian of his class in 1989. Upon graduating, he transitioned from student to professor and taught theological courses at AMI for the next five years. He also simultaneously served as the assistant pastor of Grace Apostolic Church in Scarborough, Ontario. In the fall of 1993, Pastor Castro ended his tenure as assistant pastor and ventured to pioneer a work in the City of Pickering. With the dedicated assistance and support of his wife Karen Castro, he has overseen and propelled the growth of his flock from a group of seven to a growing congregation of several hundreds calling APC their place of worship.

Pastor Castro has a great burden and vision to move his congregation “Out of the Ordinary Into Greatness.” His vision has definitely caught on at APC, which is clearly evidenced by the consistent stream of visitors and new converts added to each service. He has been truly blessed with favour from God and man with many doors being opened for him to influence the political and business leaders of the City of Pickering. 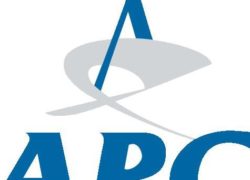 The Apostolic Pentecostal Church of Pickering was birthed through the vision and calling of its pioneering pastor, Reverend Audley Castro. Pastor Castro emigrated from Jamaica, West Indies to Canada in 1986 with the goal of pursuing Theological Studies at the Apostolic Missionary Institute (AMI) in Oshawa, Ontario. NSE5_FCT-6.2 Exam Test Questions