A. SCOTT BOLDEN, ESQ
Are you the owner?

A. Scott Bolden is the current Managing Partner of the Washington, D.C. office of Reed Smith, LLP and former At-Large Member on the Executive Committee of the firm. As a prominent trial and white-collar criminal defense lawyer to whom companies and individuals turn to for representation in their most significant concerns, Scott has handled some of the most high-profile matters inside and outside the nation’s capital and is very comfortable handling matters on the national stage. He is particularly adept at assisting clients in navigating crises that present significant legal, business and reputational risks.

Scott is a nationally acclaimed attorney, political commentator and Democratic political power broker. His expertise as a leading voice in D.C. and national media spans over a decade. Currently, he appears as a regular panelist on CNN, FOX, MSNBC and Fox Business Network. Scott is the former guest host for the national morning television show on NewsOne Now and has hosted a current events radio show “What Matters Most” as well as a weekly public service television program, “Building Bridges for Business.”

Scott is the former Chairman of the D.C. Chamber of Commerce. He has been a transformative leader in the Democratic Party on the state and national level as the former chair of the D.C. Democratic Party and as a leading Democratic fundraiser. As the former Chairman of the National Bar Association Political Action Committee, Scott has also executed bold new initiatives to raise funds for candidates across the country through the support of a 65,000 membership of lawyers, judges, law students, and law professors.

For his work in defending his clients, Scott was recognized by his alma mater, Howard University, with the 2013 Distinguished Alumni Award in the Field of Law. Scott has also been inducted into the Washington Bar Association Hall of Fame, been named one of the 100 Most Influential Lawyers in Law and Business by Savoy Magazine and the American Business Journals, and Rainmaker of Year by the Minority Corporate Counsel Association—all in 2018. He is also a former recipient of the Washington Business Journal’s Top Lawyer in the White Collar Crime category, while The Washington Post, following a significant court victory, declared Scott as Washington’s newest “super lawyer” and the “go to lawyer” for individuals and corporations with issues against and before the federal and local governments.

Scott has earned significant recognition from multiple professional and community organizations: the National Capital Area Boy Scouts of America Attorney of the Year Good Scouts Award, the National Black Child Development Institute Champion for Children Award, the Federation of Democratic Women Founders Award, the Legacy Board Award and the Chairman’s Award from the Recreation Wish List Committee (which included dedication of the Bolden Room at the Southeast Tennis and Learning Center in the nation’s capital), the UNCF Masked Ball Leadership Award, the National Bar Association Presidential Star Award by the National Bar Association and the D.C. Chamber of Commerce Choice Business Leadership Award. He has been a guest lecturer at the University of Maryland and Howard University Law School. He serves on the governing board of the Joint Center for Political and Economic Studies and as the General Counsel for the Greater Washington Urban League. Scott is also a member of the Federal City Council, Economic Club of Washington, D.C. and is a 1997 Leadership Washington graduate. 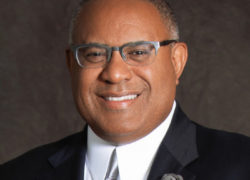