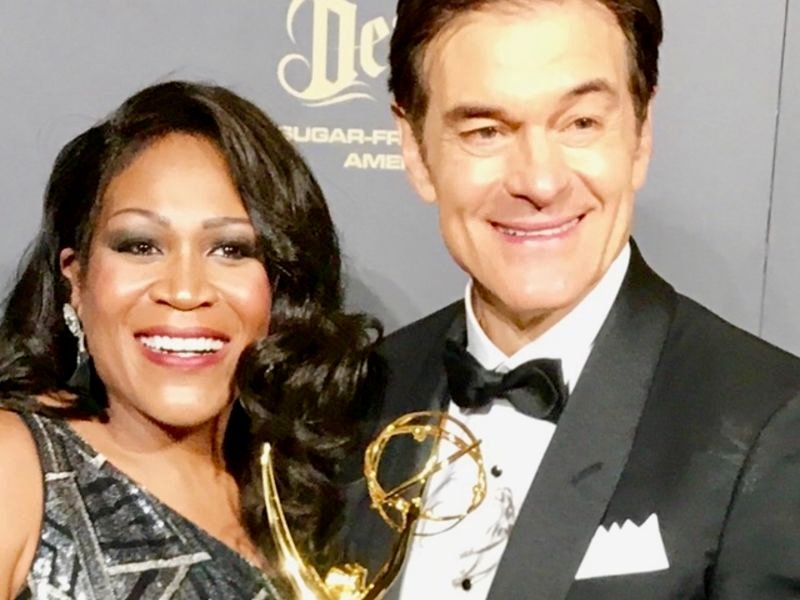 In 1981, Mitchell-Fuller was born at the Andrews Memorial Hospital, St Andrew, to parents Joseph and Hortense Mitchell. The family later migrated to the United States in 1984, where she grew to love writing and entertainment. This was the start of what would be a fulfilling career in journalism and communication at which, evidently, Mitchell-Fuller has been excelling.

The two-time Emmy award-winning producer attended Lynn University in Florida, where she attained her communications degree before moving to New York to start the journey of achieving her dreams. She had her first experience as associate producer at the ‘Montel Williams’ show before holding the same position at the ‘Tyra Banks Show’. Mitchell-Fuller became the segment producer for the ‘Dr Oz Show’ in 2014, and, three years later, was awarded her first Emmy and again in 2018.

These achievements were achieved by hard work, which Mitchell-Fuller attributes to her parents and Jamaican heritage. “I credit my strong work ethic to my Jamaican roots and culture that was handed down to me from my parents,” she said. “I can’t remember a time when my aunts and other family members weren’t always on the hustle, and I admired that and tried to emulate them.”

It is quite evident that all her hard work has paid off, and Mitchell-Fuller is ecstatic about it all. “Having received now two Emmy awards, it is an absolute dream come true! When our show was announced as the winner, it was mind-blowing and emotional,” she exclaimed.

Mitchell-Fuller explained that it is because of her parents and her family why she is at this point in her life. “My parents are huge motivators for me, and they are proud of me and proud of my work. I am further motivated by my children to work hard so that I can leave a legacy for them,” she said.

The mother of three still has goals she has not yet accomplished, however, and hopes to achieve them soon. “My ultimate goal is to host my own show and, hopefully, win some Emmys there,” Mitchell-Fuller said.

She further said that an aspiration of hers is to go into the business side of communication and journalism as she thinks it could be an interesting experience and another way of helping and inspiring people.

According to Mitchell-Fuller, one way to live your dream is to become an expert at what you are involved in and know all the facts of the trade. “Never stop trying to outdo yourself, and don’t be discouraged if you don’t get your dream job right off the bat,” Mitchell-Fuller said.

The wife and mother, now two-time Emmy recipient, acknowledges hard work and determination as the pillars of her success. Source Jamaica Gleaner