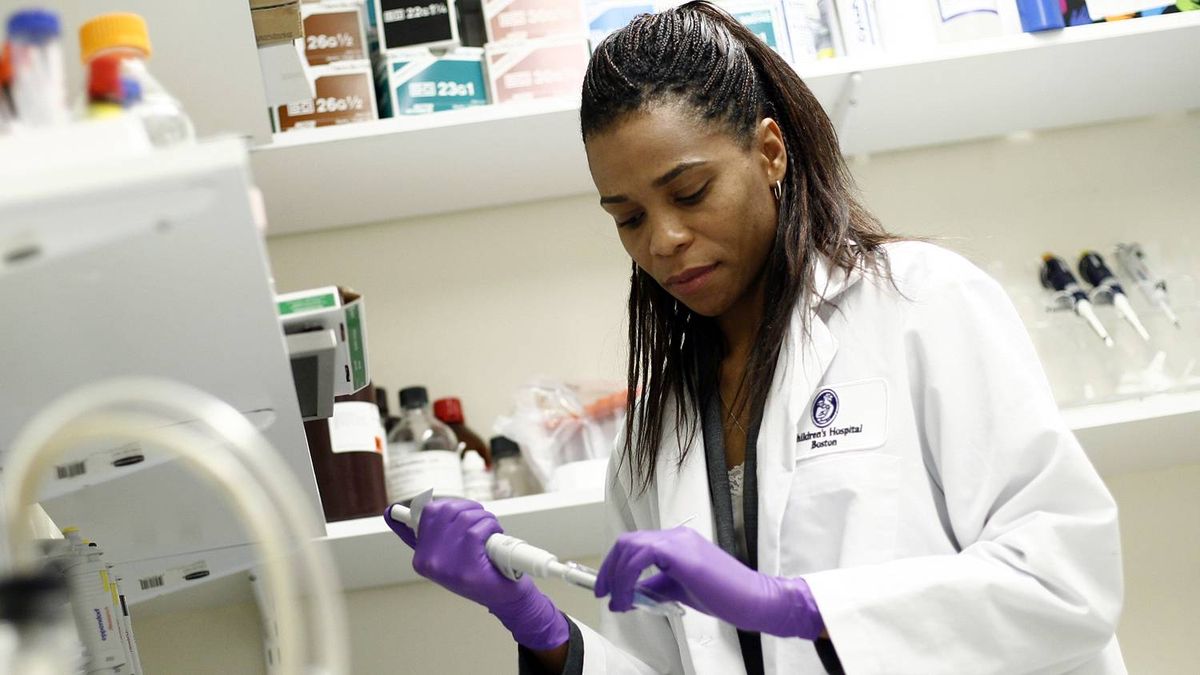 Who would have thought that a little girl from Darliston in Westmoreland would turn out to be a First World scientist who  discovered a new way to repair damaged nerves? – Contributed

After she arrived in Canada from Jamaica, 18-year-old Patrice Smith repeated her final year of high school in hopes of winning a university scholarship.

It was a humble beginning to a career in neuroscience that led to the University of Ottawa and Harvard University, and the discovery, announced Thursday, of a new way to coax damaged nerves to repair themselves.

Her experiments, which build on the growing understanding of how a baby’s brain is different from that of an adult, could lead to novel therapies for brain or spinal cord injuries.

Until about the age of two, the neurons in the human brain are still growing, stretching out long arms known as axons to form connections and build networks and circuits. After that, experience and learning shape those connections largely through pruning, said Dr. Smith, now 32 and running her own lab at Carleton University. Superfluous connections are trimmed; those used more frequently are strengthened in a variety of ways that don’t involve the growth of axons.

This suggests that a mechanism must kick in during the toddler years to prevent neurons from growing and forming new connections, said Dr. Smith, who moved back to Canada in 2008 after doing post-doctoral work at Harvard University.

“There are signals from the brain saying, ‘Okay, the connections are formed, there is no need for you to grow.’ “

Dr. Smith suspects this could be what prevents injured neurons in the brains and spinal cords of adults from repairing themselves.

Now, she and colleagues at Harvard have a found a molecule that appears to put the brakes on neuron growth in adult mice.

It is called SOCS3. When the scientists blocked it in adult mice with crushed optic nerves, the damaged neurons began to sprout.

Some of the new growth reached as far as the brain. The next step is to see if this is enough to restore the vision of the blind mice, said Dr. Smith, who reported her findings Thursday in the journal Neuron.

Baby mice with the same injury to the optic nerve repair the damage without intervention. The immune system sends signals to start the healing process, and there is a quick response.

But it is different in adults.

“We are beginning to uncover that adults are not responsive to the immune signals that are turned on after we are injured,” she said. “We are actively suppressing our ability to respond to these immune signals.”

The work it is an important advance toward understanding why axons of adult nerve cells don’t regenerate, said William Snider, a neuroscientist at the University of North Carolina.

He wrote an article assessing the impact of Dr. Smith’s findings for Neuron. He said that new approaches being developed by Dr. Smith and other scientists must be tested in primates.

Dr. Smith said she is thrilled to be back in Canada trying to answer a question that first seized her when she was doing a doctorate at the University of Ottawa on diseases of the aging brain like Alzheimer’s and Parkinson’s.

Understanding those differences could lead to new treatments, she said.

She finished her PhD at the University of Ottawa, winning scholarships and working part-time at lab jobs to pay her way. She went to Harvard as a postdoctoral fellow to pursue her interest in the differences between young and old brains.

Dr. Smith said the ideal treatment will probably involve delivering drugs to an injured area of the brain or spinal cord.

“I am not from a background of privilege,” she said. “But if you want to do something, you can do it.”