Illiterate 7 year old girl from St.James, turned her life around and got into college at age 12 and then blazed an extraordinary trail 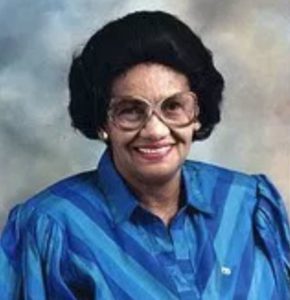 Dr. the Honourable Joyce Robinson OJ, CD, MBE, FLA, LLD (Hon.) had a long and distinguished career in education. She started at the early age of 16½ and blazed a trail until the time of her death at age 88. The numerous awards she received are evidence of the contribution she has made to nation building.

Joyce Lawson was born in St. James on July 2, 1925 to Mr. and Mrs. Teddy Lawson. She became an orphan quite early on the death of her father and mother when she was 4 and 6 respectively. Due to this tragedy, Joyce went to live with her maternal grandmother while her other siblings, two elder brothers, went to live with other relatives. She was later adopted by Mr. and Mrs. F. E. Stewart who were close relatives of her deceased parents.

It was at the age of seven that Joyce Lawson began attending school for the first time at the Black River Primary where her adopted mother was a teacher at that time. She could neither read nor write but her teachers were impressed with her level of intelligence. She later attended the Water Valley Primary School.

At the age of 12 Joyce received a full scholarship to attend St. Simon’s College located on East Street in Kingston. It was at St. Simon’s that she became exposed to the concept of “work and study” which she practiced throughout her adult life. At 16½ Joyce became a student-teacher, giving lessons in English, Mathematics, Geography and History in the Girls Department of the College. After finishing school as well as 2½ years of teaching at St. Simon’s, she moved back to Black River to help her adopted mother manage the high school. It took only a few years for her to be promoted to the post of Principal, and this was before reaching the age of 25.

While working at the Black River High School, Joyce volunteered her services in  setting up the St. Elizabeth Public Library. It was here that her interest in librarianship became apparent. In 1949 she was offered a job as a Library Assistant with the newly formed Jamaica Library Service, thus beginning her 25 years of service there. During her first four years she did external studies with the Library Association of Great Britain and received her Associate of the Library Association (ALA) diploma in 1954. It was only after 5 years at the Jamaica Library Service, that Joyce now age 30 was promoted to the post of Deputy Director. Within the same year she was made Acting Director, a position she held for two years. She remained the director from 1957 to 1976. During this period she received a scholarship to the Northwestern Polytechnic in London, England. Here she successfully read for her Fellow of the Library Association (FLA) designation in 1959.

While being Director of the Jamaica Library Service, Mrs. Robinson also served on the National Literacy Board as this was one of her many passions. In 1973, she was transferred on secondment to spearhead the National Literacy Programme. Under her leadership the movement was transformed and the name was also changed to the Jamaica Movement for the Advancement of Literacy (JAMAL). In 1976 she formally became Director of the JAMAL Foundation and remained until 1981. The number of graduates from JAMAL up to 1979 was 200,000 adult readers. Mrs. Robinson also served as the first Chairman of the Board of Management of the National Library of Jamaica.

In 1980 Mrs. Robinson was given yet another hat to wear. This time she was recommended for the post of General Manager of the Jamaica Broadcasting Corporation (JBC). This was yet another pioneering venture for her as she took over the JBC when television was changing from black and white to colour transmission.  She served as General Manager from 1981-1982.

In 1982 she was appointed on yet another ground-breaking project. This time around she was charged with the responsibility of setting up an institution to address the unemployment problems among young people, the Human Employment and Resource Training (HEART) agency. According to Dr. Robinson, employment went up by 6% in 1986 and was attributed to inputs from the HEART programme. A total of 50,000 trainees were placed in jobs under her administration which lasted from 1982 to 1990. Dr. Robinson retired from active employment in 1991. She later opened a consultancy offering services in adult education, management and skills training. She also continued as a volunteer in numerous organizations such as the St. Elizabeth Homecoming Foundation, the Jamaica Institute of Management (JIM), the Jamaica Council for Adult Education and the National Commission for UNESCO among others.

Born in an era where male domination was very much in vogue, Dr. the Honourable Joyce Robinson has managed to overcome this successfully holding several top positions in jobs that were considered “men’s work”.