Raymond Chang, from selling fruit cakes in Jamaica to owning a $300m business in Canada 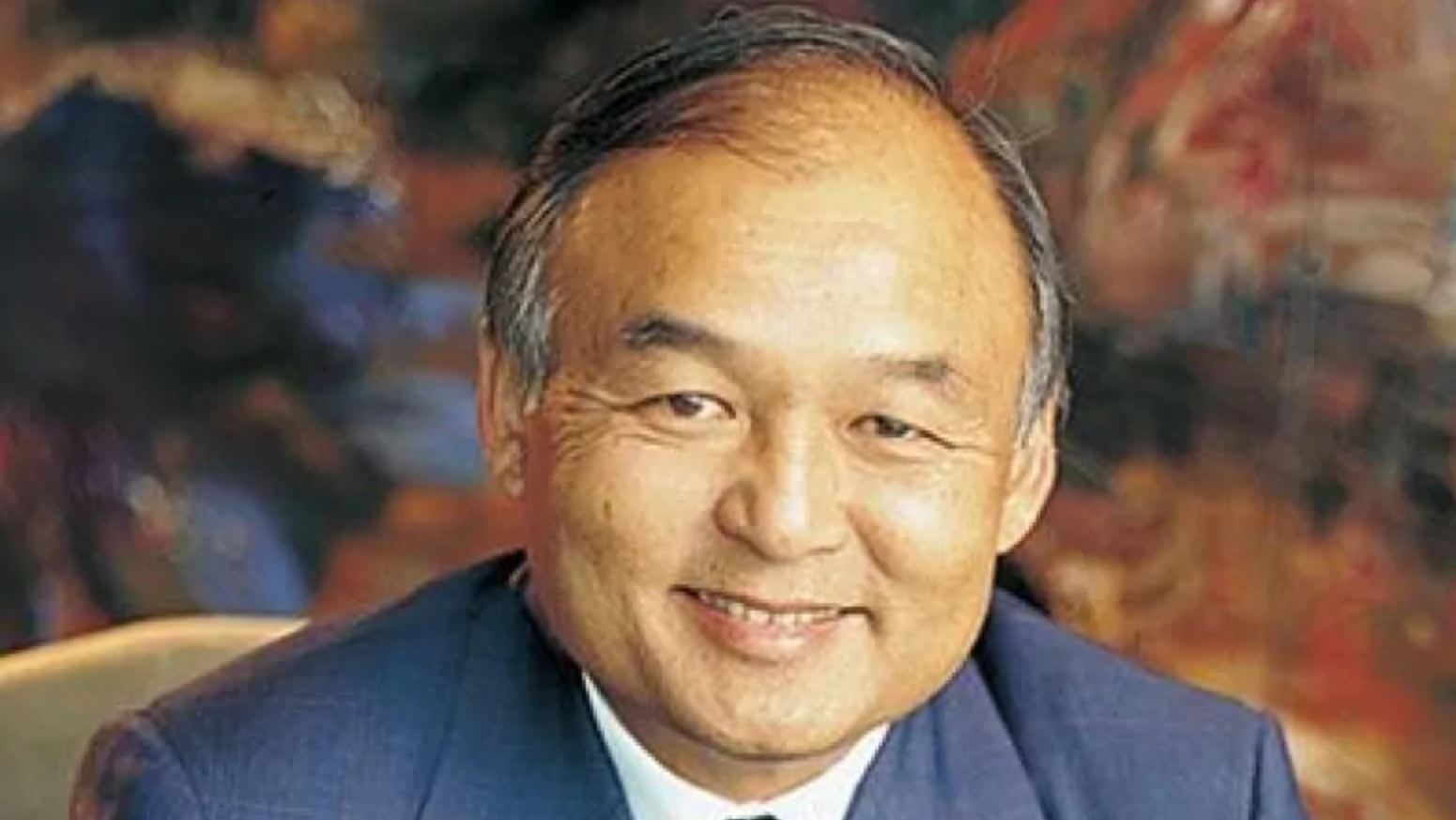 Raymond Chang is the most generous person you could meet. He might also be the stingiest — at least when it comes to himself.

“He buys all his clothes from Winners. I keep telling him to go pick out a nice suit,” says his wife, Donette Chin-Loy.

Over the past two years, Chin-Loy has been nagging Chang to pave their driveway. But he donated the money to charity instead. He relented last month when he realized his mother-in-law had trouble navigating the “potholes,” as Chin-Loy calls them, that led to his doorstep.

“My business partner said I throw pennies around like they were manhole covers,” says Chang, a little incongruously, since he is sitting in the expansive kitchen of his home in the Bridle Path, home to Toronto’s most expensive postal code. “But really, I have everything I need. There are others who don’t.”

In December, Chang was named Outstanding Philanthropist of 2010 by the Toronto chapter of the Association of Fundraising Professionals. Over the last few years alone he’s donated upwards of $20 million.

He gave $5 million to Ryerson University, where the school of continuing education is named after him and he is also chancellor. He gave a total of $7 million to fund research at the Centre for Addiction and Mental Health. The Toronto General & Western Hospital Foundation has a teaching chair for internal medicine named after his parents, Gladstone and Maisie.

And he’s been good for a million here or there to the Royal Ontario Museum and the University of the West Indies.

But much of the money Chang has donated over the years has been anonymous.

Last year, after donating $1 million, he turned down a request by an academic institution for naming rights on a chair in medicine. It wasn’t the first time.

When he won a car on his annual fishing trip in Panama, he gave it to charity. He also sits on numerous boards, and gives his directorship money to charity. He gave away so much last year he wasn’t able to deduct it all — not good news when you’re a chartered accountant.

“It’s not about the recognition. I really am not doing anything different than my grandfather, or father who always gave back,” says Chang in a warm Jamaican lilt, cupping a mug of his favourite beverage — plain hot water. “They just did things and they didn’t expect anything back. It wasn’t something to talk about.”

Despite his generosity, most Canadians don’t know who Chang is. Shy and retiring, he has been notoriously publicity averse. But he agreed to talk about a range of subjects, from his early start in business to his philosophy of giving.

On this weeknight, Chang is dipping into sushi. But his favorite snack is tinned sardines on a cracker. Not surprisingly he went to Jamaica’s St. Georges College, a high school run by Jesuit priests.

Chang says the consistent thread running through his philanthropy is an emphasis on education and research.

In March, he will be the patron for a dinner in Toronto for the University of the West Indies. The money will be used to pay for schooling for Haitian and Jamaican students.

Born in Kingston, Jamaica, of Chinese parents, the 62-year-old Chang was one of the original founders of CI Financial, now the second largest publicly traded fund company in Canada.

Last year he stepped down from an active role in the company, where he remains a director. But his 14-plus million shares means he has a kitty of close to $300 million to fall back on in hard times.

That is just the publicly accountable wealth and doesn’t include the many tens of millions he’s given away or stock he has already divested or used to start other businesses that he owns, ranging from shipping to technology, to food and real estate.

But apart from the fancy house, a post-modernist glass building overlooking a ravine on a 2-acre lot that he purchased for $4.8 million in 2005, Chang does not live large. Besides, he will likely tell you that the home was a good deal — since it would be worth far more today.

Chang is also good friends with another mutual fund magnate, perhaps better known to the public. Michael Lee Chin is a Chinese-Jamaican-Canadian who used to run AIC Ltd., one of the country’s largest mutual fund operations.

Lee Chin was also honoured by the Association of Fund Raising Professionals in 2005. It was his $30-million contribution to the Royal Ontario Museum that helped kick off the expansion of the Bloor St. building.

But Chang’s style is considerably less flashy than Lee Chin’s. He eschews the Ferrari and the mansion in Palm Beach. Still, he’s known to hop a ride on Lee Chin’s private jet to head down to Jamaica on the odd occasion.

It also doesn’t escape him that two Chinese-Jamaicans of humble background have helped to build the Canadian financial services industry.

“I’m not sure what it is. Maybe because we had to struggle in the early years, maybe it’s part of the Jamaican and Chinese character,” says Chang.

Both men also have Hakka Chinese roots. The Hakka were among the most outward looking Chinese, who travelled to places such as India, Mauritius and Trinidad. They are known to be fiercely independent and speak a distinct Chinese dialect.

Chang busted his entrepreneurial chops in his parent’s Kingston bakery at the age of 13. Lee Chin has claimed a similar experience, saying he gained his “MBA” from working in his mother’s grocery store.

At Consolidated Bakeries, the largest baker on the island, Chang helped his mother run a staff of 60 salesmen, who sold fruitcake though out the island.

He also discovered the economics of price elasticity, encouraging his salesmen to buy a 10 shilling bun, chopping it up into 10 pieces and selling it for 2 shillings apiece.

“If you help someone make money, then you’ll make money,” says Chang. “It was pretty simple.”

Chang arrived in Canada in 1967 to study engineering at the University of Toronto.

From there he became a chartered accountant. (He also has a chartered financial analyst designation and honorary doctorates from Ryerson and the University of the West Indies.)

It wasn’t all smooth sailing. When he was still a struggling student at the CA firm he was working for, he encountered his first brush with racism.

He didn’t get assigned many cases because he was told his manager didn’t think he spoke English.

Years later, Chang would buy a mutual fund firm where the former manager then worked as the CFO.

“Let’s put it this way. We didn’t keep a lot of the management when we took over,” says Chang.

In the 1980s he did consulting work for Robert McRae, a former commercial airline pilot who started The Universal Group of Funds years earlier.

Chang says he realized there was a lot of potential in the industry. Canadians were catching on to the explosive growth in the stock market, and funds were one way average investors could participate.

“Bob was kind of running it like a hobby in the early days; it really didn’t have truly professional management or marketing,” says Chang.

McRae was also famous for handing out $1,000 bills to employees at the firm when the company hit a new milestone. At the time Chang joined, as vice president and chief operating officer, the company had just $5 million in assets under management.

In 1996, Chang became president and CEO of the company, which had been renamed C.I. He stepped down as chairman last year.

Today it has more than $80 billion in assets under management, running more than 190 funds.

“I don’t think I was smarter than anyone else,” says Chang. “But I did recognize an opportunity.”

Now that Chang isn’t responsible for running the company he finds he has more time for philanthropy. And for family.

This year he married his second wife, Chin-Loy, a former radio journalist with the CBC. Chin-Loy comes from a well-connected family. Her father Lloyd, started the legendary Aquarius Records in Kingston. Musicians such as Bob Marley, Jimmy Cliff and Stevie Wonder would record in the family’s studio.

The couple’s annual garden parties are legendary. You never know who you will meet. It could be scientist David Suzuki cooking a fish in the backyard, beside the indoor swimming pool. It could be Edward Seaga, the former prime minister of Jamaica, sipping on a coconut beside the tennis court.

“On a personal level, I’ve learned a lot from Ray about humility,” says Chin-Loy, who runs a marketing and public relations company.

“He has been true to who he is — he hates arrogance or rudeness.”

His children from his first marriage are also involved in his businesses.

His son Andrew, 38, works for Mercatus Technologies, which is researching the wireless network applications for retailers. His daughter Bridgette, 34, also a chartered accountant, works for his holding company. Both seem to be chips off the old block.

“They are really very grounded. The one thing I wanted for them was independence of thought,” says Chang.

It is late on a frosty weeknight as the conversation comes to an end. And in the spirit of giving, the philanthropist can’t resist one more handout.

There is a Jamaican fruitcake with a bow, made by Chang’s sister, Lily, and a jar of hot peppers. It is not the same fruit cake that Chang used to flog in his shop in Kingston as a child.

But the peppers, he assures his guest with a shy smile, and perhaps the only hint of pride uncovered during the night, were grown in his own back yard. Source…The Star.

2 responses to “Raymond Chang, from selling fruit cakes in Jamaica to owning a $300m business in Canada”